Muscle Groups Around the Knee Joint

Around the Knee, the main Muscle Groups are the Quadriceps Muscle (Four Muscles at the front of the thigh) and the Hamstring Muscles at the back of the thigh. Some Calf Muscles originate just above the Knee and help with Knee bending as well. 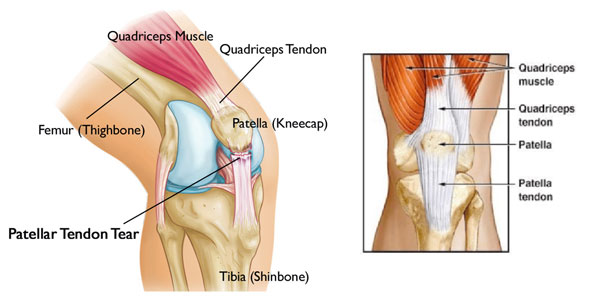 Quadriceps is a group of Four Muscles (Vastus Medialis, Vastus Intermedius, Vastus Lateralis & Rectus Femoris) forming a single tendon to get attached to the upper pole of Patella. When they contract the Knee is straightened or extended by pulling on the Kneecap. Quadriceps is the most important Muscle targeted by Physiotherapy to restore optimum Knee Function.

It is an extension of the Quadriceps arising from the lower pole of the Patella which gets attached to the front of the Tibia (Tibial Tuberosity).

Three large Muscles (Semitendinosus, Semimembranosus, and Biceps Femoris) in the Posterior aspect of the thigh are commonly called the Hamstring Muscles.

The Hamstring Muscles span the Hip and Knee Joints; hence, they are Extensors of the thigh and Flexors of the leg. Both actions cannot be performed fully at the same time. 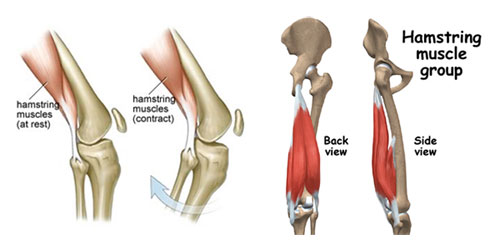 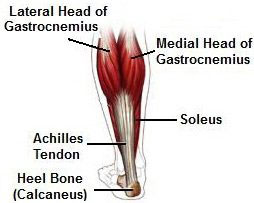 The Gastrocnemius is the most prominent Muscle of the Lower Leg & is responsible for the curvy shape of the calf.

The Gastronemius Muscle has two heads originating from the Femoral Condyles and joining the Soleus Muscle to form the Achilles Tendon which inserts in to the Calcaneum (Heel Bone). The Gastronemius passes over two joints, the Knee and the Ankle. It coordinates with other muscles to move each of these joints.

Bursae of the Knee Joint

Anterior (in front): There are 5 Bursae

Lateral (on the outer side): There are 4 Bursae

Medial (on the inner side): There are 5 Bursae